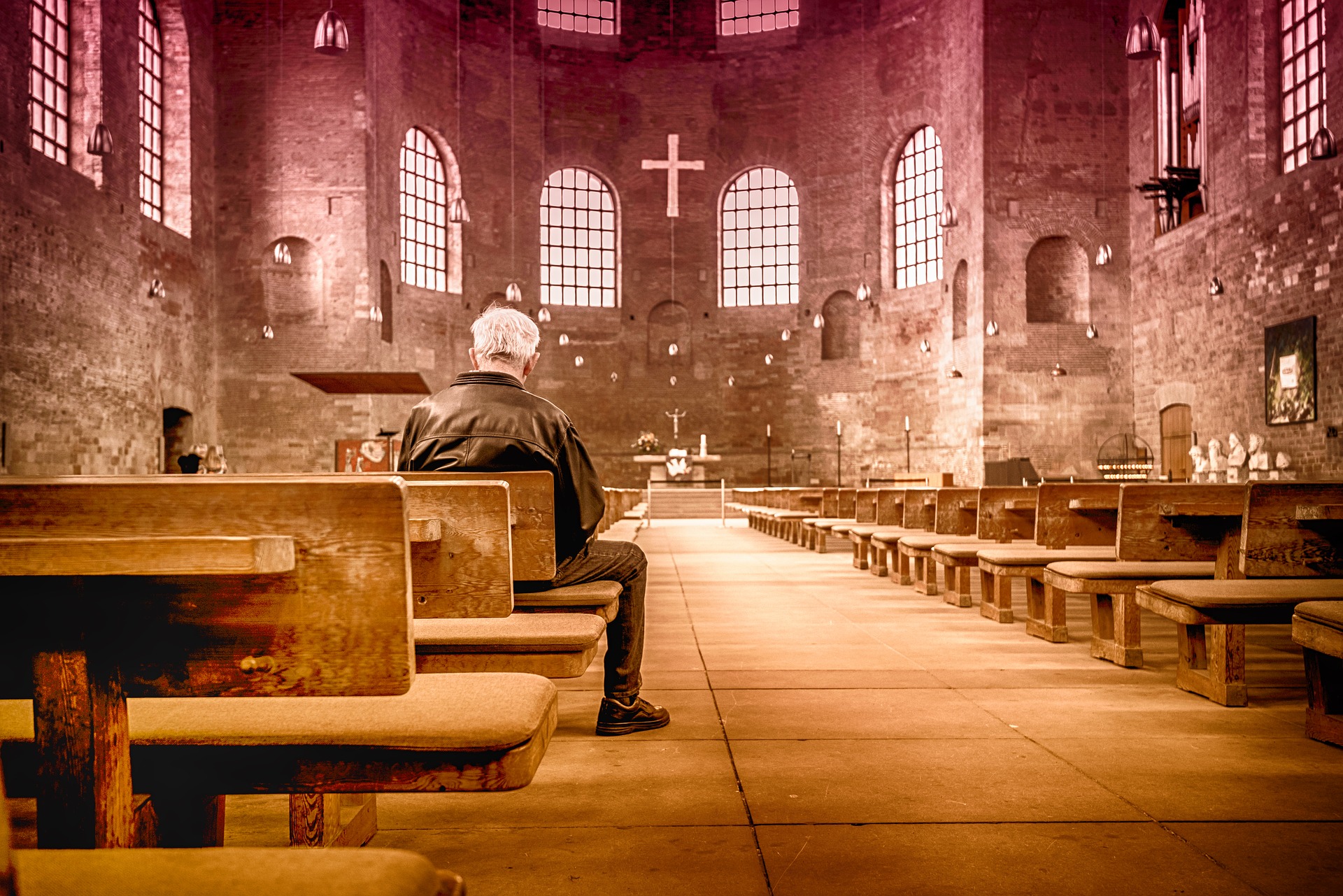 Christ did not spend His time or attention on those whom the religious elite thought deserved it most.

The Pharisees believed that if Jesus were truly the Messiah He would seek the friendship of those who had earned it. Them! Not common sinners!

Jesus didn’t show the Pharisees the respect they thought they deserved. For that reason, Jesus was rejected by the very people who spent their lives… waiting for Him.

The Pharisees had memorized scripture, argued its meaning, and perfected the outward expressions of their piety for generations.

And for all their efforts, Jesus called them whitewashed tombs.

[pullquote]Every moment of Jesus’ life on earth was a lesson and an example for us. The human moments every bit as much as the supernatural ones.[/pullquote]

And what was their hypocrisy? The Pharisees pretended they were perfect when even they knew they were not. They used their grand robes and tall, pointy hats as cover for their selfish and hardened hearts.  They excused their own sins while condemning others.  They believed if a person was sick or born with a defect it was because they had sinned and therefore, deserved no sympathy. They also believed even casual contact with a sick person would defile them and make them unclean.

Jesus Focused on the Person Not the Imperfection

Jesus’ kindness made Him famous. People came from every direction to be near Messiah. He welcomed them all. He didn’t judge by outward appearances. He looked upon the heart and poured out His love on all who were sincere. It didn’t matter if they knew scripture. It didn’t matter if they fell short of our human ideals. He loved them. He served them. He healed them. No one was more or less special to Jesus.

The Woman with the issue of Blood Mark:25-34

There was a woman who had been struggling with menstrual bleeding for 12 long years. She spent all she had on doctors and treatments but nothing helped her. She was desperate to be healed. The Bible doesn’t tell us why she had been bleeding for 12 years.  Likely because that part of her story didn’t matter.

What mattered is there were rules for women in her condition. According to religious law, women were required to keep themselves isolated until the bleeding stopped. She was considered unclean until then. She and anyone who touched her. So no one did. For 12 years.

She had to endure the condemnation of the entire community in addition to the physical and emotional pain. She spent all her days, including every birthday and holiday completely alone.

Imagine how you would feel if NO ONE touched you, hugged you, or even kissed your cheek for 12 years. Pretty easy to understand her desperation, isn’t it?

We don’t consider women unclean or demand they isolate during their monthlies today. We don’t believe the person in the wheelchair did something to deserve it. We don’t run away in disgust when we meet someone with a birth defect. We do our best to overlook those things and extend grace and friendship to them because that is the example Christ set for us. Love them. Serve them. Accept them as they are.

Except when we don’t.

One of my best friends was born with a rare birth anomaly. I wouldn’t call it a “defect” because that connotes something that we might perceive as negative.  She was a member of my church 15 years ago and we’ve remained friends ever since. I treasure her. I am blessed by her in more ways than I could count. Her friendship is one of my greatest treasures. She’s as solid as a rock today because her identity is in Christ. Her faith is in Christ. Her purpose is in Christ.

But I will never forget how broken and hurt she was when I met her. She had recently been rejected by the church family she loved with all her heart. First, there was one person who was uncomfortable with her anomaly. Then another. Soon the pastor told her she wasn’t welcome to remain with them any longer unless she was willing to keep her birth defect hidden.

I could tell that she was hurting but it was a couple of months before she was ready to trust me with her heart. While I waited for that day, I prayed for her. I asked God to give me favor with her and to make me worthy of it.

One night she phoned me at home. Through her tears, she told me her story. It was heartbreaking. I silently prayed for wisdom and asked God to guide me. He responded with three little words. Don’t. Hurt. Her.

She’d been a Christian her whole life. She did everything to hide her birth defect and live her best life in spite of it. She loved her parents and they were proud of their child. They had no idea the emotional and psychological torment she lived with day in and day out. For nearly 30 years.

As a young adult, she turned to the elders of her church for help. She prayed and was prayed over a thousand times. All she wanted was to be healed.

She prayed for years to no avail. She became hopeless.

One night, with her foot on the gas pedal and her sights on the tree she thought would end her life, she cried out to God one last time. And He answered.

And just like that, she was healed. Though not in the way she prayed she would be. God overwhelmed her with His Love and Grace. He gave her peace …and permission to stop hiding from the world.

That very moment she chose to do the one thing she thought impossible. Live.

You and I may never understand why some people are made the way she was. Neither does she. We do know, and God knows, she didn’t choose to be born transgender any more than I chose to be born left-handed and clumsy as all get out.

My friend is right with God. I know that down to my toes. She has kept herself morally and sexually pure both before her transition and ever since. Her decision to make her outer identity match her inner one had nothing to do with sex or sexual attraction.

She is no more or less a sinner than you or me.

Sadly, a lot of Christians don’t see it that way. Including her parents and brothers who have not spoken to her in 30 years.

She spent the first 30 years of her life in emotional and psychological turmoil. She’s spent the last 30 mostly alone. It breaks my heart. Truly.

Just like the woman with the issue of blood, my friend has spent far too many holidays and birthdays alone. (I should mention we live in different states)

If she wanted to be part of the LGBT community she’d have loads of friends. But she doesn’t. She doesn’t share the agenda or the lifestyle of many in that community. She is a Conservative, Bible-believing, Born Again Christian. She does not want a different gospel, a rainbow parade, or special political carve-outs. She simply wants to live her life in community with other believers who know and love God as she does.

Is that too much to ask?

She and others like her have had their hearts broken by the church. Repeatedly. They are frequently rejected, negatively judged, and avoided by people who look at them the way I imagine the Pharisees would have. Unworthy of sympathy or compassion. Unworthy of friendship or even fellowship.

Brothers and sisters, every moment of Jesus’ life on earth was a lesson and an example for us. The human moments every bit as much as the supernatural ones.

There is so much we don’t know or understand. If miracles were there for the taking everyone who longs to be made perfect would take one. But that’s not how it works, is it?

None of us will be made perfect on this side of Heaven. Not even one.

All Other Ground is Sinking Sand
Who are you following? No really. Do you know?