When you realize you aren’t the awesome person you…

We all have them, don’t we? Those moments when we lose our cool over something trivial that leaves us looking anything BUT like Christ?

Oh, please tell me it isn’t just me!?

I wouldn’t say it happens to me a lot. In fact, those occasions are seldom enough to lull me into thinking I’ve risen above them entirely. Yesterday I was reminded that I have not.

I am blessed to be available some afternoons to pick my grandsons up from elementary school. I get there at least 30 minutes early to make sure I can get a parking spot within a reasonable distance from the school. This is always a challenge as there are a whole lot of us trying to do the same thing. There is a silent club of devoted parents and grandparents sitting in their cars all along the boulevard just killing time playing solitaire and listening to the radio; waiting for our little ones to begin pouring out of the classrooms. I don’t mind, really. It’s the only time I have to play solitaire and listen to the radio!

So, yesterday, I got there early as usual. I was thrilled to get a spot close to the playground; just a short walk to the campus. I waited until a few minutes before the bell then walked to meet the boys as they came out of their respective classrooms. As we walked hand in hand, back to the car, we talked cheerfully about their day. All inconvenience aside, I love these times with my little guys.

We reach the car without incident and the boys settled themselves into their seats and seatbelts. I started the engine, put the car in drive and turned on my blinker in preparation of merging into the traffic lane. Just then a woman in a huge SUV pulled in front of me and completely blocked my path of escape. There wasn’t enough room for her to pull in completely but that didn’t deter her at all. She just pulled up, stopped and waited for her child to come 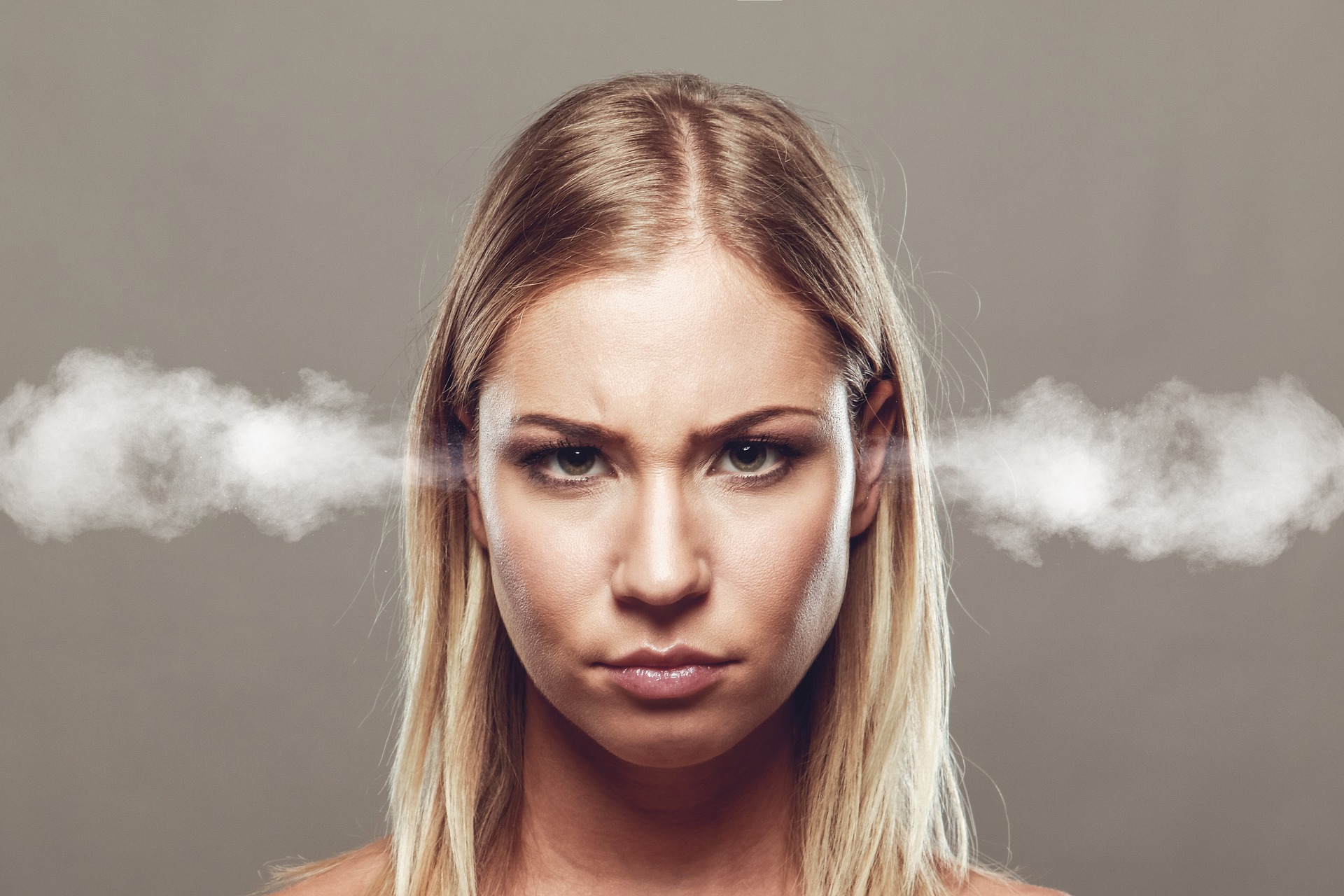 WHILE I SAT TRAPPED BEHIND HER.

I tapped the horn hoping it had been an inadvertent mistake. Nothing. I took a breath and waited a moment. Nothing. I looked around and didn’t see any children headed toward the SUV. So I honked a little longer and with a little more enthusiasm. Nothing. Really? Who does that?! Mind you, there were plenty of places where she could have pulled fully to the curb. They just weren’t as conveniently located next to the playground. At this point I was already straining to keep my cool. I honked again…longer. Nothing. I tried to back up in order to maneuver around the massive rear end of the SUV but there was someone parked too closely behind me to make it work. (Gah! I can feel my blood pressure rising just at the memory!) I assume the SUV was equipped with a rear view mirror so she had to be aware of the struggle she was causing. Seriously, who does that?

That’s when it happened. I snapped. I had furious visions of going all Kathy Bates on her screaming “Towanda!!” then ramming her from behind and MOVING her out of my way.

Of course I would never do that but the vision certainly entertained me for a moment.

Somewhere inside me there was a tiny, barely audible voice doing its best to calm me down and persuade me to cleave to the better parts of my psyche …as well as my dignity. Poor little thing was being totally bullied by the much larger and stronger voice inside that was nearly apoplectic! What nerve! How rude!!! Why I oughta…!!!

Finally, a child reached her car and began to casually climb into the waiting SUV. Good timing, I thought, because I was about to… wait…why isn’t she moving??? Why is she still not moving? She was waiting for ANOTHER CHILD. NOOOOOOO! I just couldn’t believe it. How could she?

There I sat. Angry and trapped for nearly five minutes. Let me just tell you this; five minutes is time enough to imagine an embarrassing number of acts of retaliation.  Every second that I waited my indignation grew in cartoonish proportions.

When her second child finally arrived the woman pulled away from the curb. I pulled out right behind her. Just in time to see her flip me off in her side view mirror. SHE FLIPPED ME OFF.

I’m a really nice person. More than that, I am a godly person. Ask anyone who knows me. Just don’t as anyone who saw me yesterday.

[pullquote class=”left”]I’m a really nice person. More than that, I am a godly person. Ask anyone who knows me. Just don’t as anyone who saw me yesterday.[/pullquote]

Being a nice person when it’s easy to be a nice person is nothing. Being like Jesus never matters more than it does when our back is up against a wall (or our car is trapped against a curb).

I was not like Jesus. I may have been feeling the same emotions He did when He flipped over the tables of the money changers… but my outrage was hardly righteous in the trivial circumstance I found myself in.

No, I failed, and I feel quite badly about it.

Was the lady wrong? Oh yeah. Was she indifferent to the welfare of others and inexcusably rude? I believe she was.

I should have kept my cool.

I’m not going to be so dramatic as to worry that perhaps the woman in the SUV doesn’t know Jesus and I was the one person who could have been Jesus to her yesterday. THBBBBBB! Odds are she IS a Christian in this neighborhood and it’s pretty likely that keeping my cool would have had zero impact on her one way or the other. She clearly did not care one wit about the people she had trapped with her stupid car.

This was a life or death moment and I went the way of death. I should have turned the other cheek. Instead, I leaned on my horn and made a contribution to the anger and hostility in our society.

That is not who I want to be. Not ever.

God, forgive me for it. Please.

I will probably never find myself face to face with that woman. I hope I don’t. She doesn’t seem like the kind of people I enjoy hanging out with. But I do hope someone just like her pins me in the way she did. I’d really like another chance to grow. A chance, rather, to outgrow who I was yesterday.

When they hurled their insults at him, he did not retaliate; when he suffered, he made no threats. Instead, he entrusted himself to him who judges justly. 1Peter 2:23

Too Distracted to Pray?
Dealing vs. Healing