You Are What You Eat

You Are What You Eat 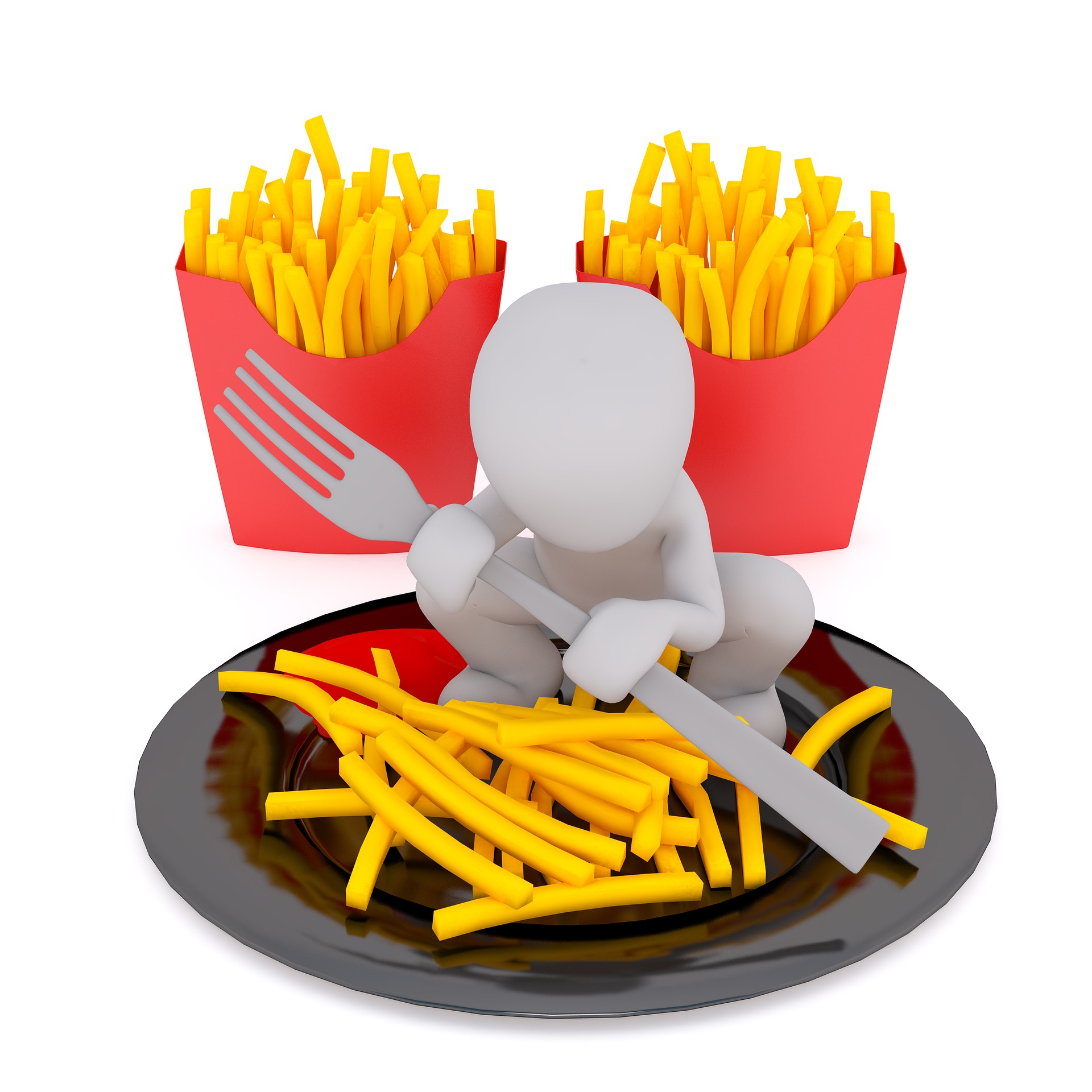 I have to admit that, for much of my life, I was a lousy eater. Initially it was because the food in our home growing up wasn’t much to look forward to. We were a big family with very little money.

In an effort to economize, my mother used a cooking technique known to ‘poor folk’ as stretching. Stretching is when you used the minimum amount of the best tasting and most costly ingredients in a recipe and doubled or tripled the more inexpensive ingredients. For example, my mother’s recipe for a meatloaf large enough to feed 10 people included ½ pound of ground beef, two large onions cut in large chunks for bulk, one sleeve of saltine crackers, a half loaf of bread and several eggs to make it all stick together. Instead of tomato sauce or tomato paste, she used ketchup. Not too much ketchup, though, because that would be expensive.

Trust me when I say that it wasn’t nearly as appetizing as it sounds.

[pullquote class=”left”]You’d never survive on one meal a week and you will never grow spiritually strong if Sunday morning is the only time you feed on the Word of God.[/pullquote]

The Air Force Base commissary, where my mom shopped for groceries, sold a lot of food in bulk. This was the 1960s, so large military families were pretty common. Though we all longed for something as special as Cheerios for breakfast, my mom bought giant bags of something called “Puffed Rice”. No, it was nothing like Rice Crispies at all.  Puffed Rice was something akin to puffed cardboard. When my mother wasn’t looking we would heap spoons full of sugar over our bowl of Puffed Rice trying to make it taste good. No amount of sugar could make Puffed Rice taste good.

The best part of breakfast was getting to the bottom of the bowl where a sludge of sugar and milk at least put a good finish on the meal.

We also ate a lot of S.O.S. (only poor folk will know what that is!) frozen pot pies, spam, fried bologna sandwiches and peanut butter and jelly. As a result, I developed a relationship with food that was strictly on an “as needed” basis.

I grew to dread mealtimes.

As a teen I started skipping meals. Over time, I stopped even noticing when I was hungry.

I didn’t notice the hunger pangs, but I regularly felt the effects of low blood sugar and poor nutrition. Light headedness, black spots before my eyes, overwhelming queasiness and sudden weakness were all common experiences. Sometimes, I’d ignore the signs of hunger until I felt so weak I’d eat whatever I could find in the refrigerator to keep from passing out.

Then, about two years ago I started drinking a meal replacement smoothie for breakfast and lunch. Within a couple of weeks I noticed a big difference in how I felt. For the first time in my life I truly felt GOOD. I felt healthy! No more swings in blood sugar. No more periods of weakness or mental fog. Who knew good nutrition could be so good for you?!

One day last week I broke from my routine. A little before lunchtime I ate one of the brownies I’d made for my grandsons and it ruined my appetite. Then later on, when I did get hungry, I chose a bag of Skittles for an afternoon snack. By Four O’clock I felt sick. That old familiar dizziness washed over me and left me feeling nauseated.

[pullquote]When we are intentional about what we’re feeding our head and hearts we tend to have a greater perspective and greater hope for ourselves and others. [/pullquote]

It occurs to me how this parallels our relationship with God and His Word. When we are intentional about what we’re feeding our head and hearts we tend to have a greater perspective and greater hope for ourselves and others. When we are spiritually healthy and strong we are far less affected by the emotional highs and lows of life. When the perspectives of Jesus are top of mind, we are far less likely to make a mistake in how we respond to difficult or challenging situations.

Think about it for a moment. How you approach life when you’re feeling in-step with God is different than when you are not, isn’t it?

Don’t most of our sorrows and fears rise up when we spend more time with our worries than the Word?

Don’t we get in more arguments when we focus on worldly issues and set them on fire with human opinion?

Unless we regularly include God’s Word in our lives, not only will we fail to thrive, our weaknesses will get the better of us again and again.

Our Spiritual Health requires investment and a little self-discipline. The Word does more than instruct us. It changes us. It strengthens us. It builds up our immunities to the things that can make us spiritually sick.

You’d never survive on one meal a week and you will never grow spiritually strong if Sunday morning is the only time you feed on the Word of God.

How can you expect to be a healthy disciple if you’re malnourished spiritually?

The Word of God is your Spiritual Health Food. You will never really know Jesus OR become a true disciple of His if you don’t eat it regularly.

You are what you eat!

“Them’s Fightin’ Words!”
Without the Hope of Heaven, Death is Just the Bitter End